The aura is an energy field that surrounds every living thing. It is part of that being and reflects not only its inner self, but also its potential and its current state. This means it could show that you are an intuitive and sensitive person with the potential for teaching and counselling, but that you are going through a period of stress and that your sense of duty is pulling you against your heart’s desire, for example.

The aura can be perceived on many different levels. Throughout history there have been people who can see the aura, hence the pictures of saints and holy men with haloes. Many psychics like myself see auras, although the colours we see can be subjective. This means that your aura may be seen as mainly orange by one person and mainly green by another, but each will give the same analysis because each will perceive the qualities you have as represented by that particular colour.

Any changes to you, whether you are aware of them or not, will affect your energy field and can be detected in your aura. However, your main personality pattern does not change unless something major happens, for example if you were a timid person but this changed following a very successful assertiveness course, then you would expect to see a marked difference in "before and after" images. Most fluctuations are temporary, reflecting what is happening to you at the moment the image is perceived. These do not affect your main personality pattern. It is exactly the same as if an ordinary photo is taken of you when you are smiling and one when you are frowning, they would be different but you could still tell they are both of you. 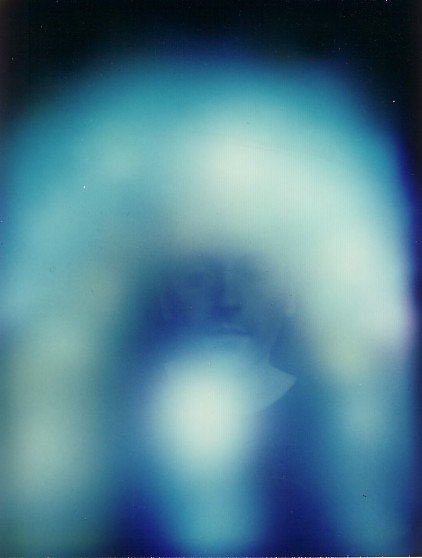 Aura imaging technology dates back to the turn of the century when Tesla took pictures of whole body auras, however the best known images came from Kirlian photography which was developed in Russia in the 1930’s by Semyon Kirlian. This form of imaging consists of putting an electrical charge into a person or object, such as a leaf or crystal, and then photographing the excess electricity coming from the subject. This is called the "corona energy" and appears as the fuzzy bits surrounding the image on a Kirlian photograph. As the electricity is fed through a platform and the photograph is taken of whatever is on the platform, you will only see your hands or your feet.

Photographs are usually in black and white; although colour film is now available the photographs still tend to be monochrome. Aura imaging has come a long way since Kirlian photography was invented. We now have full colour imagers which give you a Polaroid photograph of your head and shoulders with your aura around them, or which use a PC to show your aura as a moving picture around you, reflecting the fluctuations as they happen. This technology is in continuous development and more detail can be shown than ever before. Modern aura imaging does not put any electricity into you. It simply measures your electro-magnetic field via the meridians, or energy pathways, in your hands. The sensors can be on a flat plate or in a glove. These measurements are fed to a small computer, which changes them into colours, based on the accepted colours of the chakras. For a still photo, the camera actually takes two separate shots, one of you and one superimposing the colours. In a moving image, the information is projected directly on the computer monitor where it appears either over your image transmitted by a video camera or over a stylised silhouette provided by the software, depending on which program you are using.

A still photograph gives the best detail and is ideal for analysis and advice. It can help you make decisions on career or relationships, on how to progress your life. Although not a physical diagnostic, it will show if you are low in energy and vitality and if there is a high stress level. It will show if you are pushing yourself too hard, your level of self-esteem, how sensitive you are to your environment and others, how you think and feel about your world. It may also show your spiritual outlook and your potential. In fact it gives a highly detailed personal profile similar to the results of a psychometric test, but in an instant and accessible way.

The moving image is perfect for showing the effects of crystals, remedies, healing, meditation, music or anything else to which you might react. It can help you choose helpful products, show you how you react to different people or thoughts, give you confidence that something is happening even though you may not feel it. It can show you what happens when you visualise or meditate, you can also see the changes to the chakras you have worked on. In fact any changes to your energy field can be monitored. It also makes a spectacular picture to show your friends and make yourself look mystical!